There is an inherent rebellion against complacency and prescribed expectation in Jazzuelle’s approach to making music and it has led him to opening the first ever Sonar Festival in Johannesburg, South Africa to playing the official Sonar Festival in Barcelona, to advancing to career defining appearances at Beatports Wet Deck Annual Party in Barcelona at W Hotel alongside Nakadia, Claptone and Noir. That same night also played the Get Physical Music showcase at OFF SONAR at City Hall in Barcelona with the likes of M.A.N.D.Y, DJ T, Andhim, Bedouin and more. The Red Bull Music Academy Bass Camp Alumni has worked his way from humble beginnings in Cape Town to being one of the biggest and respected artists in Johannesburg and South Africa at large. With a myriad of releases as early as 2010, has been one of the most consistent producers coming from South Africa which consequently led him on signing on big powerhouse labels like Get Physical Music in Berlin.

Preceding this, Jazzuelle has been steadily releasing music on labels like Atjazz Record Company, Foliage Records, Lazy Days Recordings, Phat Elephant Recordings internationally. He also has remixed legendary acts like WHOMADEWHO and the Acid House Originator and legend, DJ Pierre. With a diverse range of inspirations including Brian Eno, J Dilla,, Johan Johannson, Steve Reich and The Cinematic Ocherstra, his music immediately garnered attention for its maturity coupled with an uncanny ability to create a feeling that transcends dancefloors. 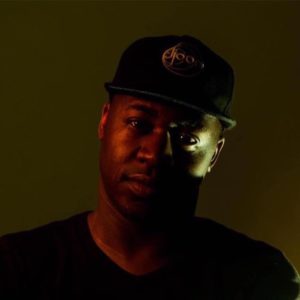 Jazzuelle was also named one of two of the highest rated South African artist on Traxsource’s Annual List on the Top 100 Deep House Artists List for 2015 and again in 2017 at number 69 He was also picked up by the esteemed Red Bull Studios in 2013, which consequently led him to play a part in the renowned Red Bull Music Academy (Bass Camp) which was held in Johannesburg’s Alex Theatre boasting 30 of the most talented, forward – thinking artists in South Africa like Okmalumkoolkat, Casper Nyovest, Nonku Phiri, Fever Trails, Card On Spokes and more. Following this, he has headlined and appeared on events such as Sonar Festival, Glastonbury Festival, Beaports Annual Live Stream Party In Barcelona’s W Hotel, OFF Sonar Weekend at City Hall Barcelona with Get Physical Music.

Jazzuelle has been one of the most consistent exports coming out of South Africa playing and sharing the international stage with some of the most successful powerhouses in electronic music like the likes of DJ T, Detroit Swindle, Eli&Fur, Stimming, Bedouin, Davis, Loco Dice, Tale Of Us, KINK, Cats & Dogz, Eats Everything, Richy Ahmed, ANNA, Nicole Moudaber, Sven Weissemen, Gardens Of God, Culoe De Song, Black Coffee, The Pet Shop Boys, 2ManyDJ’s, The Bloody Betroots, Manoo and so much more.