Gumz Music, a South African based African Electronic Music record label established in 2020 recently unleashed Kingdonna’s latest single titled Bashimane. On this one, Kingdonna teams up with Helper Rsa who perfectly complements Kingdonna. Bashimane captures the beauty of African culture with easing vocals directed to the men of the country. “A lot is expected from African men and this is a cry of release from those pressures”. This track is accompanied by a Techno influenced remix by Pablo Escco and an atmospheric yet emotional remix by the upcoming star Atmos Blaq. 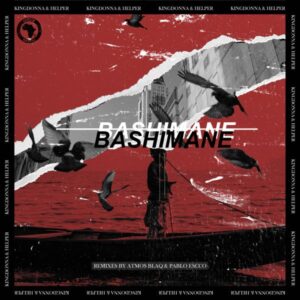 Donald Thabo Seleka better known as KingDonna is a club dj / music producer from Windmill Park(Boksburg),  Johannesburg, South Africa. His Love for music started at an early age back in 2018 when he started producing House Music after we was introduced to FL(Fruity Loops)by his friend Helper Rsa. From there on, he has never looked back, his style of music production is more of Soulful, Afro fused with Tribal House. He has released music with labels such as MoBlack Records, Sunclock, Open Bar Music, Maluku Records, Da Fuba Records.