Aluku Records rolls out the 50th release on its 5th year of development and super excited to present this year’s special South Africa edition. Early last year 2018 presented a first Botswana Compilation with artists who specialise in Afro House,Techno and Deep House Music, so it was only right to have a special South African edition as it is the biggest influence on the labels direction since the start. 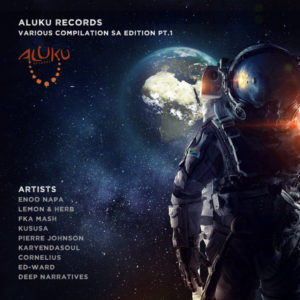 This compilation is about various different house and electronic environments coming out of South Africa with means to give people a bigger view then to just narrow their music down in the Afro House genre as its predominantly placed with producers coming out of Africa.

Aluku Records Various Compilation SA Edition Pt.1 is a variety of different house/electronic sounds such as Afro,Deep and Progressive House Music coming from South Africa with touches of African Percs, Wood Winds, Ethnic Chants, Atmospheric Elements rather than being the other way round with all 9 tracks purposely non vocal projects so you can appreciate the production more than something structured around spoken words / singing  – Aluku Rebels

Some of the featured artists within Aluku Records Various Compilation SA Edition Pt.1 include Lemon & Herb and Kususa who have recently made it to the cover of Blackcoffee’s “Africa Is Not A Jungle Edition of Mix Mag”. This also comes at the back recent live sets on BudX Johannesburg this year with Fka Mash who is proving his value within the dance music scene. Some of the tracks to lookout for include Enoo Napa – Just Beat, Ed Ward – Rage And Karyendasoul – Alude.