The hugely popular house head, ATFC, unleashes a monstrous debut release for the Unquantize family that’s as dope as the title would suggest! On point as always with a heavy club track, Das Dope is powered by an explosive house groove where a hefty bassline thunders under an incessantly catchy filtered hook that ebbs and flows. Along with ATFC’s Original and Das Dub version is a remix from DJ Spen and Jihad Muhammad, who bring on the carnival party, firing things up with irresistible percussive drums. 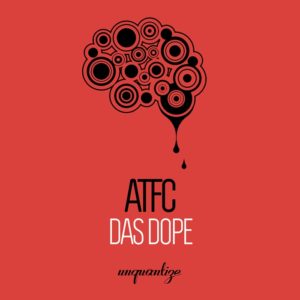 Without needing much of an introduction, Aydin Hasirci, aka ATFC, has been a key player on the house scene since he made his debut on BBE in 1997 with Circus ’97 / Uptown Vigiante. Since then he has carved himself a hugely successful carrer, penning 3 top 40 UK hits, and numerous Beatport and Traxsource No.1’s, releasing on labels such as Defected, Toolroom, Strictly Rhythm, among many, including his own OnePhatDeeva imprint.