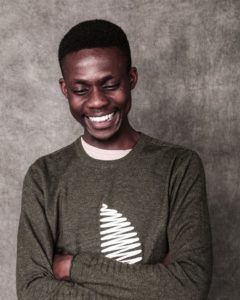 He then took the next step, understanding the art of sounds presented in house music and entered into the sphere of deejaying at the age of fifteen. Despite his age and growing intrigued for music he, then at eighteen years old stepped into the realm of music production. Analysing deeper within he starting showing his interpretation in working with N’Dinga Gaba, Oscar P, Christos Fourkis, Miss Luna, Mr. Zee Morez, Tobetsa Lamola, Patrick Bo, Groovegardener, Deep Mayer, Urvin June to name a few.

His constant love and passion focusing on his eclectic palate for production are featured on Traxsource, Beatport, Juno, Bandcamp, iTunes and other virtual stores, which is only the only beginning of his youthful journey. Dj Thes-Man was also nominated for Song Of The Year in the first Annual Dance Music Awards South Africa for his single titled Moved On which has Miss Patty’s vocals on the song.

His humbled nature and silent confidence protrudes through his music directing him into the deeper more respected area of local and international dealings. Keeping him grounded through this exciting journey is the love and support from his loved ones, family and the blessed opportunity graced to him by our Heavenly Father.

Get Social With Dj Thes-Man