Kryptic On The SpotLight

Born and raised in the vibrant music hub which is Johannesburg, South Africa.” Farai Thondhlana”, also known as “Kryptic”, has always been surrounded by rhythm and percussive elements. Having been involved with music since the age of 6, he knew that the music route would always be the path in which he would follow. “On The SpotLight” this week, we hang out with “Kryptic”…

“Big Up” and thank you for coming through for this “one on one”. Can you start things off by telling us who is “Kryptic” and where is he from?

Thank you for wanting to speak with me! “Kryptic” is a young house artist proudly born and bred in Johannesburg, South Africa.

How did you get into music and are you coming from a musical family? Are there any other earlier musical influences in your life?

My whole life I’ve been involved with music. My mother got me playing the recorder when I was 6, couple years later I got bored of that then played the violin for a few years. After that I’ve been playing the drums ever since, probably for about 6 or 7 years now. Early influences… I’d have to say “Kyle Watson & Chunda Munki”.

With your musical talent, there are a lot of music genres you could have been part of. Why did choose “House Music” and in particular “Afro House Music”?

House music resonated the most with me more than anything else for sure. When I thought about taking music seriously house music was always there. I always talk about sparking emotion with my music and House Music has always managed to do that for me. All I want to do is share that feeling with everyone else. Afro House has the best rhythm for me personally, there’s an element of art and character in the specific subgenre that is missing in something like tech house.

How would you describe the “Kryptic” sound and is there any inspiration behind that particular sound?

With me you’ll hear a whole lot. I’m still growing as an artist so with every song I release there might be a new element to my music that maybe wasn’t there before. Two thigs that will always be constant is a rich deep bass and exciting drum patterns. European artists have definitely shaped the way I go about making my songs. Germans and Italians have some of the best artists right now with artists like “&ME, Armonica & Andhim” known as a few of the biggest names in house. The playful nature of my melodies is inspired by local artists such as “Themba, Floyd Lavine & Hyenah”. 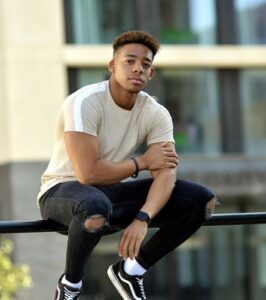 You studied Music Technology in “Birmingham, United Kingdom”, how is the Afro House Music scene that side and did you bring back with you new sounds?

Birmingham is not big on Afro House as far as I know. There is a big African community however, so I do hear afro inspired music here and there and that gives me inspiration when I can’t think of any grooves.

My initial challenge was getting people to know my sound and hear what I am about. Starting off as an independent artist is challenging because it’s entirely in your hands how successful your music campaigns are going to be. Having a support group that are willing to help push your sound to a greater audience definitely helped me get through that. It’s important to have that in place cause with that you’ll find that your music may start to spread to places you wouldn’t have thought about in the first place.

Afro House Music has taken off recently and the quality of music out now is massive! What can you credit that to and is there any particular trend you might see Afro House Music adopting?

International people are maybe getting exposed to rhythms and beats that are a bit foreign to them perhaps or maybe they’re starting to understand that a lot of the songs they listen to are actually afro house and not just “deep house” as a blanket term cause in all honesty that was the case for myself and a lot of the people that I’ve encountered in life. It’s definitely big now, a lot of people are interested in it so I can only see it getting bigger from now.

You recently released a single titled “Sahara”, can you talk us through that release and what sort of sound should we anticipate on “Sahara”?

“Sahara” is my way of staying in tune with my roots. I’m barely in South Africa and it’s very easy for people to forget where they come from when they move to another country. My classic sound still resonates through with the deep, dark bass. It is different from anything I’ve ever made but as I said earlier, I’m still developing as an artist and my sound is only going to get better. The complex drum patterns are probably the standout feature. That along with the Marimba from melody makes it a song that I can be really proud of. 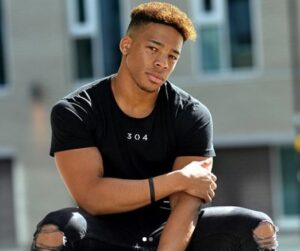 Collaborations can be great way to expand your sound. Who would you love to collaborate with and why?

“Kususa”,they are the pioneers of South African house music right now in my opinion. I’ve followed them for time and to see what they’ve been doing over the past few years is inspiring. They’re consistently releasing quality tracks on the biggest labels in house and I feel like I could learn a lot from them.

Great way to start up the year with “Sahara”. Are there any other projects in the pipeline you are working towards this year?

There are a few things I’ve got lined up but I can’t say too much at this point in time. I wouldn’t want to ruin the surprise.

Five tracks in your playlist and why?

The first two songs put me in a good mood every time I hear them and they’re chilled. You always got to have a chilled song.

Walking with Elephants is the first deep house song I ever heard. It’s a classic that everyone knows and loves so for me that’s a playlist essential.

The last two songs are weapons on a night out. “Who is Themba” really awakened me to what Afro House really is and internationally it was the biggest song in the genre for so long. “Incwadi Encane” isn’t available to the general public at this moment in time but when it comes out, I can guarantee that it will shake dancefloors all over the world for a very long time. It’s definitely my favourite song right now.

Closing things off, what advice would you give to house music producers who are just getting started?

Be patient and keep working hard on your craft. Things will start to fall in place naturally as time moves on.