Malumz On Decks are one of the hottest house music acts out currently. Their status in the industry has been further elevated after winning the SAMA 26 Award and by being recently signed as resident djs on to Metro FM, the biggest commercial radio station, in South Africa. Their second album release, Find Your Way which brought them the SAMA Song of the year nominated Shayi’Number, was further recognised by gaining three more SAMA nominations. 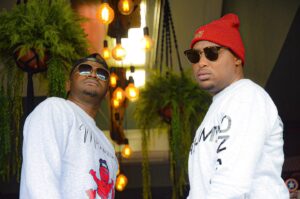 Malumz On Decks are a dynamic House Music DJ duo, formed by the talents of Oscar Nyathi and Mandla Mtshali, they are djs, producers, entrepreneurs, philanthropists and social development activists and they hail from Ekurhuleni, east of Johannesburg. By putting their talents together, the pair has brought a breath of fresh air to the South African house music scene since the release of two successful Afro House albums, their debut album The Journey and their sophomore release Find You Way.

As artists, Malumz On Decks are currently signed to OwnIt Muzik, an independent record label and entertainment company that they are co-owners of. Oscar and Mandla are not only artists but are dedicated philanthropist and businessmen with years of experience in hosting large musical events such as the Malumz Experience, which command a large following. The pair is investing in developing and growing the local music and creative industries through active social development initiatives. 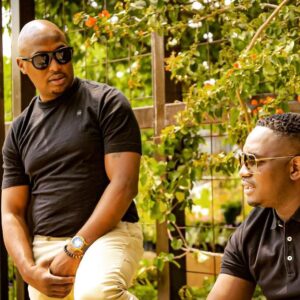 Malumz On Decks are steadily gaining mainstream recognition in the last few months for their musical works and expanding the Malumz On Decks brand, through fashion, merchandising and strong digital presence. There is no doubt more is to come for the talented duo, with plans set to grow their footprint locally and across our shores. Malumz On Decks have remained consistent to their Afro house roots.