This year, Tankie-DJ finally makes his debut on Amarrage Recordings with an awesome sounding three track EP titled Rumba . This young South African producer has surely cemented himself as a premier force with an already impressive catalog. The opening track, The Guru set the tone with beastly drums and accompanying percussive soundscape elements throughout. The title track, Rumba is a full impact sine and saw wave analog lover’s dream with thumping kicks, a killer groove and an unrelenting bassline. Last but definitely not least the final track, Eduku puts the icing on the cake of this Deep, Afro House master class. Rumba  EP is surely primed and ready for any Deep and Afro House Music lover. 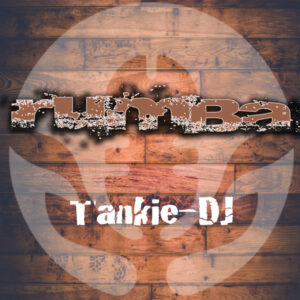 Tankie-Dj’s love for music started at a tender age of fifteen years and that is when he started with his music collection. Three years later, he then progressed to music production and this self-taught producer has since then been steadily building a name for himself within Afro House Music. Tankie-Dj has released music with labels such as Grooveland Africa, Da Fuba Records, Drum Kulture Records, Sunclock, LW Recordings, Pasqua Records and many more labels. “From here on, to the top is where Tankie-Dj has set his aim.”

Previous Quantize Recordings Presents 2020: The Year In Review
Next DJ Vivona Teams Up With Toshi On Latest Single ‘Ndiyagodola’