Unquantize is pleased to present the vocal version of Timmy Regisford and Soul Star’s “Shwele”. Appearing as an instrumental on the Club Shelter Almost 30 LP, this track is a journey into the soulful, afro and deep house sounds that MR. Regisford is known to create. This new version, featuring vocals by Soul Star, is bursting with earthy, hypnotic elements, and is mercilessly designed to excite music lovers all around the globe. 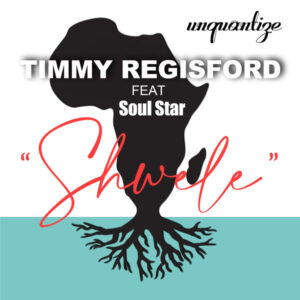 New York Based Producer /DJ Timmy Regisford is known for his brand of soulful dance music. He started in 1985 at WBLS radio station in New York then In 1988, Timmy became A&R Director of Atlantic Records signing artist such as Miki Howard and Levert. Then as A&R Director for MCA Records he developed Loose Ends Colonel Abrams and signing Guy and Eric B & Rakim. Regisford later became Vice President of A&R at Motown Records, signing acts Milira, Blaze, Basic Black, Today, and Johnny Gill. He is known for his remixes for Patti LaBelle, Bobby Womack, Gladys Knight & the Pips, Diana Ross, Stevie Wonder and many others. Then in 1996, Timmy became Vice President of A&R at Dreamworks Records. 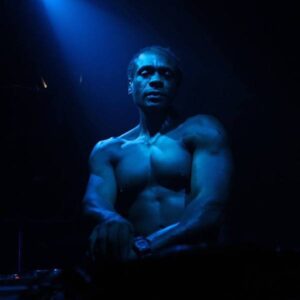 Timmy co-founded the legendary Club Shelter parties in New York City, which has continued to run for over 25 years ago. Timmy has released over 157 productions and remixes on the labels such as Shelter Records, Restricted Access, Unrestricted Access, West End, King Street, Tribe Records and more. In 2011 he released his highly acclaimed At The Club artist album on Tribe Records and recently, he’s been releasing a lot of material on Unquantize and Quantize Recordings imprints, including his album, 7pm last year along with a brilliant collaborative album with South African vocalist Toshi, called Life Music and his latest album Almost 30.