New York’s Timmy Regisford reveals his brand new album for 2020, Almost 30, as his famous Club Shelter party edges towards reaching its 30th year milestone, wow! As you would come to expect from this longstanding innovator of the NYC Underground, Almost 30 is a selection of sumptuous earthy grooves that resonate deep, afrocentric and soulful vibes, all brought to life with enchanting voices. Across this emotive collection are wonderful collaborations with regular cohorts Tiger Wilson and Felicia Graham from NYC and South African songbird, Toshi. Also introducing South Africa’s Soul Star, who lends his smooth and exotic tones on the album’s first single, Khale, among many other delicious grooves. Ripe with sunshine and plenty of heat, this album is a must have for your playlist! 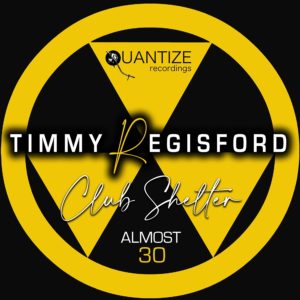 New York based producer / dj Timmy Regisford is known for his brand of soulful dance music. He started in 1985 at WBLS radio station in New York City, where he worked as the Assistant Music Director. Later, he was promoted to head Music Director of the station. In 1988, Timmy became A&R Director of Atlantic Records signing artist such as Miki Howard and Levert. His next career step was A&R Director for MCA Records where he developed Loose Ends and Colonel Abrams and eventually was responsible for signing Guy and Eric B & Rakim. Regisford later became Vice President of A&R at Motown Records, signing acts Milira, Blaze, Basic Black, Today, and Johnny Gill. Along with his A&R work, he is known for his remix work for Patti LaBelle, Steel Pulse, Bobby Womack, Gladys Knight & the Pips, Diana Ross, Stevie Wonder and many others. 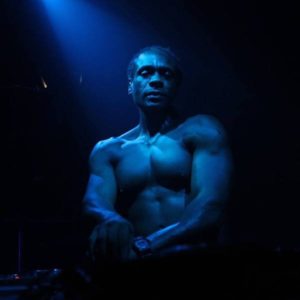 In 1996, Regisford became Vice President of A&R at Dreamworks Records. Timmy co-founded the legendary Club Shelter parties in New York City, which continue today. The inception of his internationally acclaimed club parties over 25 years ago helped create the modern soulful / afro dance sound and shaped the face of house music around the world. Timmy’s much sought after productions and remixes include gracing Shelter Records, Restricted Access, and Unrestricted Access with over 157 releases. He’s also worked with international labels such as West End, King Street, Tribe Records and more. Timmy’s mix compilations ]include NYC True Classics, and The Legacy of Shelter among others. In 2011 Timmy released his highly acclaimed At The Club artist album on Tribe Records spawning the hit single of the same name featuring Lynn Lockamy. Recently, he’s been releasing a lot of material on Unquantize and Quantize Recordings imprints, including his album, 7pm last year along with a brilliant collaborative album with South African vocalist Toshi, called Life Music.