Phase 3 includes the announcement of the massive RESISTANCE lineup, the full South African artist complement, the BudX stage and the return of the 5FM stage, both at the Joburg show at the Nasrec Expo Centre. 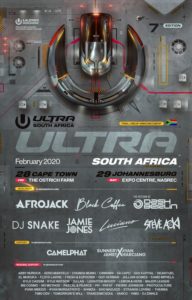 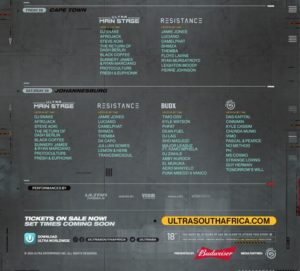 All ticket prices do not include service charges, taxes and fees.

ULTRA South Africa 2020 is proudly presented by Budweiser and powered by 5FM.