Wrapping up a very eventful year on a high note is South African based and globetrotting House Music maestro Blackcoffee with his phenomenal Music Is King Concert. Having wrapped up this year as amongst the Top 10 South African Artists on Spotify Streaming List and with his single Drive being the Most Streamed South African Track in South Africa, Blackcoffee’s star continues to shine even brighter. 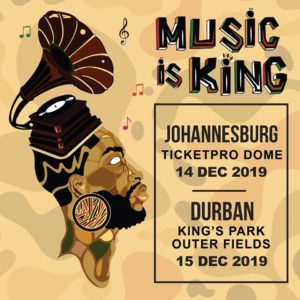 Music Is King is a Blackcoffee inspired concert which is currently on its second year. This international concert features the best in music, dance, art and fashion. This year’s concert kicks off on the 14th of December in Ticket Pro Dome, Johannesburg, South Africa and on the 15th of December in Kings Park, Durban, South Africa. Acts to lookout for include Black Coffee, Distruction Boyz, Jazzi Disciples, Moonchild Sanelly, Samthing Soweto, Tom Misch and many more exciting acts. 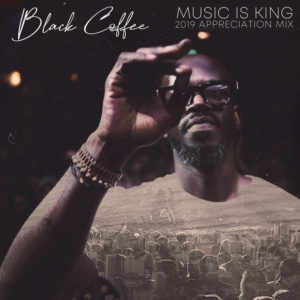 Blackcoffee has also unleashed his Music is King 2019 Appreciation Mix, where he selects and mix 10 of the most amazing house jams resulting in an epic mix which is set to close this year off with a bang.  Music is King 2019 Appreciation Mix featured artists include Jimi Jules, NatzEFX & Msaki, Kasango, Benny T, RudeBoyz, Caiiro, Eltonnick, Chelsea Como & Jacko and many more.