Based in Pretoria which is affectionately known within the South African Dance Music Circles as South Africa’s House Music Capital. On our SpotLight this week, we take time and bring you close and personal on a one on one with the mega talented House Music Producer/Deejay Buddynice . Let’s get to it…

Thank you for setting aside sometime for this one on one. We have to kick it off by getting to know who Buddynice is and where is he from?

Thank you so much for this opportunity. My real Name is Nkosinathi Phakathi. I am from Pretoria in a township called Soshanguve, South Africa.

For Buddynice how did it all start, please take us back on how your musical journey started and was music something you always wanted to be a part of?

I started producing music back in 2016 but by then I didn’t have any equipment to produce with. Being a musician was all I could dream of back then so I had to find a way to create music and share it with the world. I never had a computer to produce quality music so decided to start my journey with what I had, which was a cellphone (Android). Yeah I know it’s hard to believe but that’s how it all started. I made massive hits using a phone, just a normal android phone. Not expensive and I produced over 20 songs in 2016 but I never released them. I kept them to myself because I had no clue on what people were into, at that time. So by 2017 during my senior year (Matric). I released a lot of tracks just to put my name out there. Surprisingly it all went well. Oh yeah and music was something I always wanted to be part of. It was something I dreamed about as I mentioned earlier and it’s actually one of my best talents.

The Music industry can be a difficult one to crack at times. What has been your ultimate low within this industry and which lessons did you take out of that situation?

Wow that’s a good question. I have faced a lot of challenges in my music career. I used to be laughed at by other artists for the fact that I was using a phone to make music. Some artists or let me just say people would even suggest that I give up because they thought I wouldn’t make it or get anywhere in life. Sad right, I also submitted EPs to few record labels here in South Africa and I never got any royalties. Let me put it this way. No one believed in me, to them I was a young boy with useless dreams that’s why I was never taken serious and when I thought I found my breakthrough I got used. That actually made me feel the way they described me. I had no hope honestly, all I kept doing was praying for better days. But then, I realized that those were their opinion and It shouldn’t have affected me so I kept on pushing.

Every musician would like to distinguish themselves by having their signature sound. How would you describe Buddynice signature sound and what influences that sound? 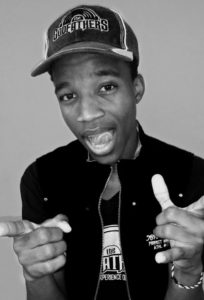 My biggest break was when I received an offer from Simone Terry known as Mr Afro Deep, him and his crew Bush Doctor Recordings would like me to release an Ep under them. That showed me that my music was traveling just well. The money I made from that EP. I used it to buy myself a computer and some few speakers to kick start my journey.

Are there any particular features worth mentioning for My Journey and what type of sound is to be expected from those albums?

On My Journey Vol 3, I featured one of the best Artists in South Africa. De’KeaY, Da King X,Dj Filty and Epic Soulstar . A big shout out to those guys for great collaborations. Right now in currently working on my 5th album My Journey Volume 5.I will release it somewhere in October this year but only if I get a record label. 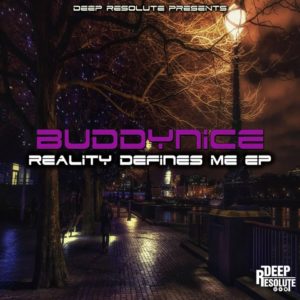 Besides My Journey Vol 5, what else is instore for us this year from Buddynice, are there any other musical projects on the pipeline you are currently working on?

This year I will be dishing out the following projects as well Reality Defines Me Ep under Deep Resolutes and it will be dropping on the 3rd of September and Free Me EP under DM Recording, release date is to be announced on my Facebook Page. That will be followed by my 18K Appreciation Mix and Remixes under Bush Doctor Recordings.

Last words from Buddynice and is there any message from you to your fans out there?

This is to my Fans. Thank you all so much for supporting me and for pushing my music. I love you guys and I appreciate your support. And to the dreamers, don’t compare yourself to others. Stay unique, always pray and stay centered and true to yourself. Bless y’all!!!