By popular demand, Samthing Soweto has released a new Amapiano offering titled Akulaleki featuring ShaSha, DJ Maphorisa and Kabza de Small. A song that had the streets buzzing and captured the attention of DJs such as DJ Fresh, has propelled Akulaleki as a new single offering from the multi-award-winning musician. With a first play on Metro Fm on The Kings Suite to rave reviews from both Spectacular and DJ Naves and on social media which resulted in the song being played twice, Samthing Soweto is set to have the nation dancing right through to the festive season. 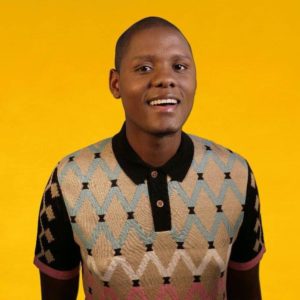 Samthing Soweto’s Akulaleki is taken off his upcoming album, Isphithiphithi, which is available to pre-save/pre-add. Named after his hometown, Soweto, Samthing Soweto brings his cultural essence into his new body of work. Isphithiphithi, meaning the crowded or chaotic place, showcases Samthing Soweto’s unique and esteemed RnB and Jazz vocals, as well as his infectious, uplifting and evocative song writing. This eclectic yet well curated album is a standout moment for Samthing Soweto as he presents his best work to date. 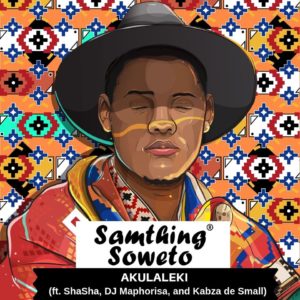 Following the success of Akanamali, his collaboration with Mobi Dixon with the summer anthem Abantu as well as the collaboration with Black Coffee, Sun-EL Musician, and his latest collaboration with DJ Maphorisa and Kabza de Small “Amantombazane”, Samthing Soweto is proving to be a formidable force to be reckoned with in the music industry.

Follow Samthing Soweto on social media for more music updates and make sure to pre-save/pre-add Isphithiphithi now. Full project out on 20 September 2019.