Get Physical has just unleashed the third instalment of its Africa Gets Physical series, this time compiled by Blanka Mazimela and featuring a host of exclusive new music. This compilation series has proved hugely successful for Get Physical with a careful A&R approach that has unearthed a wealth of electronic musical talent from Africa, helping to bring the global attention it deserves. Previous chapters have featured some of the biggest names in the scene, alongside rising talent and this latest offering provides more of the same. Compiler Blanka Mazimela has tracks like Phezulu on Get Physical and has been mentored by fellow label regular Ryan Murgatroyd. Blanka is the content head for Soul Candi’s Institute of Music as well as the head of musical composition. He was previously the head lecturer at Soul Candi’s Institute of Music which has music production courses licensed out to over 30 Boston campuses all around South Africa. 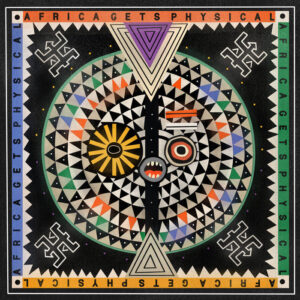 The collection kicks off with Blanka Mazimela featuring Korus & Sobantwana and their fantastic Gcwanini, a deep house groove with afro drums and the most spell binding vocal. From there is a run of previous unreleased tunes taking in gems like the shuffling grooves of Euphoria by Nizhe DeSoul, the bump and grind of Shivers Bw’s Tsodilo and darker, stuttering drum programming of Tau and Sterio T’s Afterlife.

Every track brings a different take on South African house with Aso Tandwa ft Bongani Mehlomakhulu rising up with spiritual vocals and poignant chords on Ithemba and the rattling hits and almost UK funky style upbeats of KAARGO’s Dimensions really awakening your soul. DJ Clock is up next with a track that will soon be a single on the label, the excellent Mudih featuring Kekelingo. Label mainstay Ryan Murgatroyd impresses as always with his serene Khuzeka. The final unreleased treasure is Jamlud’s ‘Your Lips’, an edgy and percussive track that is filled with suspenseful chords and whispered vocals. This is another essential and eye opening collection of fantastic house tracks from all involved.

Africa Gets Physical Is Available Here