Blanka Mazimela is a South African born composer, producer and deejay. His passion for music was spotted at a very early age and the desire to pursue music became a dream come true when he met Ryan Murgatroyd, who not only became his mentor but his inspiration and influence. He was also highly influenced by his father’s diverse music taste as well as his eldest brother’s love for house music.

His love for music evolved when he was introduced to vinyl, a self-taught deejay, Blanka found self-discipline in the art of deejaying this is a motivation that has always kept him going. With so many other music influences, he became more obsessed with finding his own unique sound which not only separates him from the rest, but sends out a peace of him to the world. His sharing abilities have enabled him to share the knowledge he gained with Ryan by inspiring and tutoring a number of future upcoming deejays and producers. 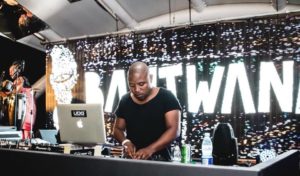 Currently an educational content provider in the music production field and a former head of digital music composition at the Soul Candi Institute of Music, he has gone to collaborate with Crazy White Boy in the smash hit titled Intombi which is featured on their latest album. Recently, he released a single under F! Records titled Together where he features Namibian born Forever’s man. As he always say ‘music is the answer’, he is surely a talent to be reckoned with.

Get Social With Blanka Mazimela