From the province of the Eastern Cape, South Africa Tshepiso Eugene Dondolo, also known as Kiddy Deep, a young producer who is dedicated to serve the world with his unique sounds. He has been breathing music ever since he discovered his talent. Kiddy Deep’s music career began back in 2012 where he produced a number of songs, with hits like Dancing On Fire which was released early 2013 by 109 Production. Since that release he has never looked back.

In 2013, he produced a number of projects that gained him international recognition and also national recognition. He worked with icons such as Dj Expertise, Blaq Owl, De Morna, Isaqdeep, Forbidden Soul and a host of other renowned producers. That was after his second release Tribal Feel as a producer that was noted by the likes of Captive Nkosinathi Mhlongo.

The following year Kiddy Deep who is the Afrikah Audio Invasion Recordings worked with Blaq Africa Records founded by Lesmatiq, releasing tracks such as Hamba Kahle, The Swazi Clan and Angaza Afrika. He is now working on a number of projects as part of his emerging international introduction, with Matthew Yates. Kiddy Deep is working hard towards his goal of being one of the world best producer.

By the year 2015 Kiddy Deep completed projects such as Lil Soul. Throughout this amazing year he also worked with DNH Records which is owned by Nick Holder and released a number of songs including Khoisen Interpretations which made waves around the globe. He then followed that up with a release of his EP under DNH Records, the package includes songs like Unity which was an internet sensation worldwide. The package got support from Legends like Boddhi Satva and David Anthony. It was later supported by the likes Enoo Napa and Dj Lamor and that was followed up by Harmony under Offering Recordings founded by Boddhi Satva. On the last half of 2016 he released his third instalment titled Fractured Heart EP 3 that was featured on Realm Of House chart. 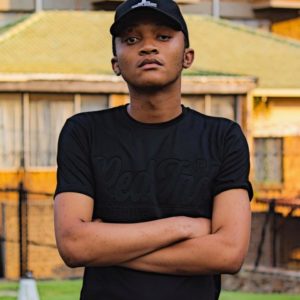 He has mixed tracks for artists like Dj Satelite and Fredy Massamba and he later released a single title Sundiata’s Cry collaborating with Nova M. The single received support by major artist such as Dj Kent, DJEFF and Hyenah to name a few. That was followed up by the release of Fractured Heart EP4.  Kiddy Deep has ambitions of working on remixes with artists such as Lizwi M, Toshi, Saint Evo, Aero Manyelo and his aim is to provide more music which will set the international house music arena alight.

Get Social With Kiddy Deep