Kiddy Deep On The SpotLight

From having his debut offering released by Nick Holder’s DNH Records at a just a tender age of eighteen years, to having his music licensed under the world acclaimed music label Offering Recordings. Kiddy Deep discovered his talent at an early age and is set on spreading it across the globe through music. “On The SpotLight” this week we bring you Kiddy Deep, welcome to it…

Thank you for hitting us up with this one on one. Can you kick things off by telling us who Kiddy Deep is and where is he from?

Kiddy Deep real name Tshepiso Eugene Dondolo was born in the Eastern Cape Province, South Africa, I started music production in the mid-2012. Since I’ve discovered my talent, I have been busy spreading it through music across the globe.

Can you please run us back through your earlier days in music? How did your journey into house music begin?

Began in a small internet café with Sifiso Nkosi (Fisto De Soul) and the late Lord Melato (DJ Cytonik), at the time we all didn’t have a computer to work on, so we had no choice but to use our school lunch money to buy at least 1 hour of internet café units. We were using a demo version of Fruity Loops as we couldn’t afford the full product.

Throughout your musical journey, what would you say was your lowest point and how did you overcome that challenge?

Lowest point in my music career was in 2015, I was involved in a serious accident in Cape Town. I lost the most influential person Luther Lord Melato, a friend who taught me how to get around the DAW known as Fruity Loops. Since the accident I’ve been so focused because it would be a disappointment to myself if I were to stop. The accident is motivation for me to keep pushing forward. 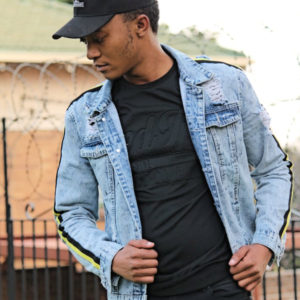 Also looking back at your musical journey. What would you include as is your highlight so far?

Signing a single titled Amehlo Akho ft. Harmony also now known as LaTique with Offering Recordings, which is one of the biggest labels in the continent. Releasing with them was a big deal to me as they have within their catalog great artist such as Boddhi Satva, Vanco, Blaq Soul, Da Capo, Cee Elassaad.

How would you describe the Kiddy Deep sound and what would you say is the inspiration behind such sound?

It is Raw Afro House, the sound has been established and executed differently in the throughout the entire continent of Africa. The sound that I’m working on is highly influenced by the String Era which was between the 2006-2012. I try to bring a twist to it by adding a bit of Electronic element but keeping the Afro/Tribal basics as the structure of every song I make.

I sort of meditate to old records, specifically going through Hugh Tracy’s discography to get the perfect motivation for my music.

What would you say is your first musical break and how did it feel?

Am not yet where I want to be, but so far everything has been like a dream. Working with artists such as Aero Manyelo, DJ Satellite, Toshi has been the reason why I’ve been driven this much lately.

You released an EP under the legendary Nick Holder’s music label DNH Records. How did that come about and how was that offering received by the public?

I have always been a fan of DNH Records, sending my first demo was scary as I was not even sure they would approve it. I was only 18 years when I produced my first record for Nick Holder’s label DNH Records, it being approved was a beginning of a long career hence I did a series for his label titled Fractured Heart EP Vol 4. 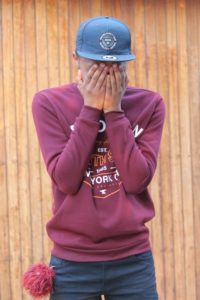 Are there any plans of following up on that project within DNH Records in the near future?

Yes, Fractured Heart EP Vol 5 (Gold Edition) will be my coming project for DNH Records. I’m currently working on it hopefully before the fall of 2020 it will be released.

Collaborations can be great way to expand your sound. Who would you love to collaborate with and why?

Djeff Afrozila, he has been consistent for many years, I love his unique Afro take on every remix he has done. Collaborating with him would help my sound to mature on a larger scale.

Your five tracks you currently feeling and why?

They are all unique in every way possible, you can literally feel the passion that was implemented in each of those five tracks.

To close things off, what is Kiddy Deep currently working on in terms of music and what sort of sound is to be anticipated on that project?

I am currently working on a two track EP for Seres Producoes. It is going to be Afro House with no hint of Electronic elements. I am also finalizing a single for Gondwana KE.