Zakes Bantwini has released a brand new single, ahead of several key European tour dates that will confirm the South African artist as a significant force on the global electronic scene. Titled Amanga, Bantwini’s latest offering is a big, speaker-filling track that’s as experimental as it is warm-hearted. In creating his latest organic driving house tune Bantwini has worked with Nana Atta whose vocals float over the musical bedrock to create an irresistible addition to the South African’s multi-platinum selling repertoire.

Bantwini kicked off his 2020 European live calendar with a headlining appearance at Liberation’s event on January 17th at Rotterdam’s newest hotspot: MUNCH! Designed to celebrate 7 years of Liberation, Bantwini – performing solo with vocals and keys – is on a line-up that celebrates African and melodic house. 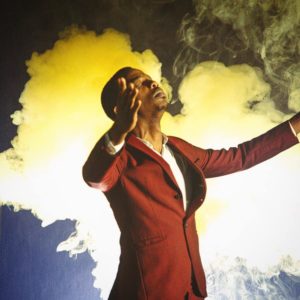 “Our heroes of the night have conquered the world with their unique sound,” states Liberation – and 2020 will see Bantwini continue to conquer different parts of Europe with a three-country EU tour in March 2020. As part of the boundary-pushing that Bantwini has become known for, Amanga comes with an arresting visual aesthetic. 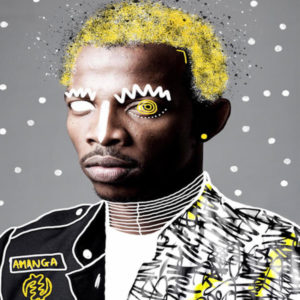 With artistic direction and concept by Sarah Jane Nicholson of SJN Agency (Amsterdam/Johannesburg), the single’s artwork was created by Clarence Alfred Steyn, a South African mixed-media artist. Key to the image is the emblem on Bantwini’s chest. The Gye Nyame – meaning except for God – symbolizes the supremacy of God over all beings and is one of many different Adinkra symbols found in Ghana. “I am very interested in single images that convey something powerful – and the one we have featured on ‘Amanga’ is one of them,” says Bantwini of the single’s collectible artwork.

Collaborations are an integral aspect of Bantwini’s acclaimed music career. Indeed it was a chart and dancefloor-busting collaboration with DJ Black Coffee that first earned Bantwini international recognition by both electronic music fans and those in the industry. Titled Juju, it appeared on the world-famous artist’s Home Brewed album and was an instant hit. 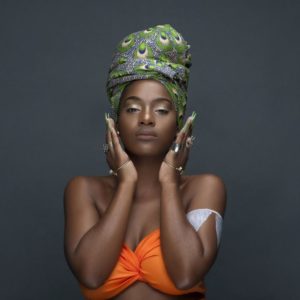 Bantwini went on to score another hit with Clap Your Hands, featuring Xolani Sithole, off his album Love, Light and Music while another highly successful collaboration has been with Portugal’s leading house act DJEFF. Their Spinnin’ Deep single Zugu Zugu captured DJEFF and Zakes’ vibrant sound, with upbeat tempos laced with melodic percussions earning them nods from the likes of Major Lazor and Pete Tong.