Sky White unleashes his 5th release on Afrocentric Records and the label is more than pleased to be involved in the growth of this talented artist. Over the course of 2 years, Sky White has developed to be a staple in the crates of Black Coffee, Da Capo and Tale of US as well as his releases being licensed in the USA.

For his 5th release he has drafted in Xtetiqsoul known in South Africa as the Human Orchestra for the lead track, Leave This Place, featuring the vocals of Amel Crispin. Built around intricate use of hand claps and some nifty synth stabs. All heard together by Amel emotive melancholy vocals. This is vocal deep house at is best. Still keeping it deep, Blood Of Christ is a straight up emotional piano led number with tension built with Sky White exquisite drum work leading into a violin based breakdown that will surprise you. 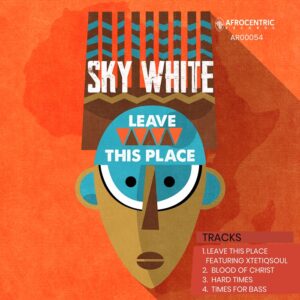 Hard Times is Afro Tech at it’s driving best. A heavyweight B-line, twinkling keys and strings used to bring tension throughout the song. Closing the package we have Time For Bass, which show the darker side of Sky White production chop. Held together by a simple synth line, with tension built by a swirling pad, not to forget his afro roots he works the rim alongside some chants to produce a head down main room banger

“I created the EP to mirror my feelings, ideas and visions to the world of music and how I see this thing I love, called House Music, & Afro House in particular, I love the way it is evolving and reaching a broader audience and this EP gives me a chance to share my vision.” – Sky White 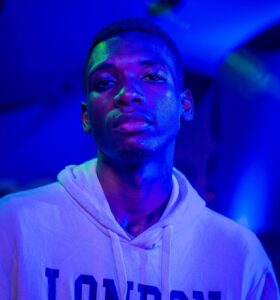 A brand new talent to the music scene, SkyWhite’s journey into music began when he started to play the piano at 10 years old. He shifted his focus to house music at the age of sixteen after attending BlackCoffee’s (Ballantine’s Human Orchestra) performance in 2014 and promptly started to dj. He has honed his craft playing at local parties and events, before producing a selection of his own tracks that are signed by one of the hottest Afro House labels of the moment, Afrocentric.